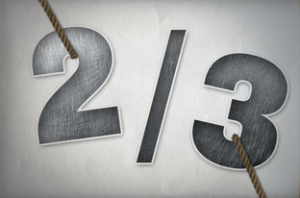 The three being the three dreaded questions constantly asked by strangers or long lost (so-called) friends at social gatherings.

I have a fabulous job at an international advertising agency, working on award winning accounts. We work hard and play hard and its fun!

Inner city Melbourne, in a cute two bedroom apartment walking distance from the best eateries, bars, and cafes in town!

Damn that third question. It never used to annoy me – I never used to care. In fact I often used to rub my single life in people’s faces.

“Look at how fabulous and free I am!” I would proclaim as I would look down my nose at those boring couples, together since high school, living in the suburbs, watching Foxtel in their track suit pants on weekends, while I was out drinking cocktails and proclaiming my fabulousness.

Everything changed in my final year of my twenties. For some reason, these three questions become really important.

So this became my mission. I thought I had everything else sorted, so I focused on question 3.

My mission started with three victims.

I believed they were victims because until this point I had always been in complete control when it came to men and my love life.

I had never felt nor wanted to feel the disgusting neediness that I saw so many girls around me succumb to.

I believed it was their own fault for not being strong enough to maintain their own identity and allow themselves to be sucked into a relationship where they completely lost who they were.

I never believed in love nor soul mates – seeing people fall in and out of “love” to different people so quickly was proof enough to me that relationships meant nothing, there is no such thing as “the one”.

I remember telling my friend Fran my beliefs – she smiled and shook her head.

Fran was a few years older than me but quite a tough cookie and not at all your emotional girlie type.  In fact non of my friends are, I believe I have chosen them this way – I can’t cope with needy or high maintenance of any kind…

Fran sipped on her drink as I waited for her reply – I was quite sure Fran would agree with my theories though all she did was smile and say, “When you fall you are going to fall hard.”

I shrugged, “I guess… What will be will be.”

That night still feeling invincible, I opened my laptop, ready to take matters into my own hands.

I logged into my email – new emails from the “victims” waited for me in my inbox.

Adam the Accountant, Gabbe the actor, Chris in construction….

I have nothing to lose, no major baggage to claim and a lot of time to make up for.

I can only describe this in one word – Disappointing.

So although the sample of men available was nothing to get excited about the fact that I was conversing with three specimens of the opposite sex was enough to give me the hope I was looking for.

It provided hope in that I had not lost the ability to socialize with the opposite sex as I thought was likely to have occurred with my largely female circle of friends.

Capturing the attention of these random males that I knew nothing about and really didn’t care about, was the little boost in self esteem that I needed.

As a newcomer to the internet dating process, I was surprised by the frankness of the online world. It was open for all to see. It was full of:

“You look good and I’m interested – lets get started.”

I filtered through lists and lists of unattractive, boring and sometimes abusive invitations to connect online. I settled on 5 potentials, forwarded them my email address and then proceeded to deactivate my online dating account.

Lets get serious here, I was not desperately seeking a life partner.

What I was after was contact with the opposite sex, some socializing, to mix things up a bit, to meet some new people and dare I say it, have some sexual fun that everyone else seems to be having and that I seem to be the only one missing out on. Lastly, at the very least, be able to answer “I’m seeing someone” to that dreaded third question.

So the small sample of 5 quickly withered down to 3.

1) Chris in construction, started off very positively and was by far my favourite early on… As quickly as it flourished, it quickly disappointed… His email correspondence went dry.

My friend Dan, intrigued by my little mission, reminded me “Don’t forget these guys are probably doing what you are – they probably are talking to a few people just like you are.”

If Chris looked anything remotely like his photos online, than I totally believed that! He shouldn’t have found it too difficult to find someone to keep him company in bed, which I would assume this internet dating tool is predominately used for.

The initial intrigue and banter was delicious. Our correspondence consisted of one-liners, and he had me clinging onto his every word… he forced me to do some of my best online flirting… It had been a while since I used the written word to charm. And then it came – the disappointment – his essay long email explaining that he was an actor…. One apparently I would definitely recognize if I were to want to delve further… a conceded, self-absorbed, simple-minded actor…. To harsh? Maybe…

But when the essay long emails continued, which never included a question directed to me – it seemed I was reading more of an autobiography rather than corresponding with someone…  and his expectation was that I would call him. This – as you can tell was a complete turn off and I blocked him from my email.

3) Then there was Adam the Accountant… a little boring… normal… quite vanilla. Always flying under the radar, always in the background, while I was caught up in a whirlwind of short lived excitement with the other two.

I kept him around because he seemed a nice middle ground. I didn’t feel a massive connection with him, as my attentions were elsewhere, but he was better than the other types online who asked me silly questions about the weather and coffee…

He wanted to call me early on… he had obviously experienced disappointments in the past. He was always on the front foot – initiating conversation, initiating contact, so I opened the door for him… I needed the numbers after all…

So Adam the Accountant… Mr.  A-little-too-blonde, Mr. A-little-too-country… We arranged a time to chat on the phone and surprisingly the conversation lasted an hour without much work at all.

He was quite thoughtful, surprisingly emotionally intelligent for a “bloke” and could hold a relatively interesting conversation… but like most men at my age… he sounded older… more mature… more “together” than I.

But the telephone call was a positive encounter, and that night, with a new sense of optimism, I hit the town with a girlfriend.

One thought on “Two out of three.”